LoveYourBingo is a popular online bingo site that first opened its virtual doors in 2011. Now, with over six years of experience in the industry the site is packed full of exciting, action-packed bingo games, alongside a number of side games and more.

The website is powered by Virtue Fusion software which is extremely well-made, and also employs some of the friendliest customer support agents around. Add to this a great range of promotions and bonuses and it’s easy to see why so many players have chosen to join LoveYourBingo.

In this post, we’re going to look at some of the games available to play at the site, learn more about the deposit and withdrawal options, and look at the loyalty program. First, though, let’s take a look at the bingo games.

One of the most attractive aspects of LoveYourBingo is the huge range of online bingo games on offer.

Of course, you’ll find the bog standard games like 90-ball bingo and 75-ball bingo; but some of the less common game types are also available, including 80-ball bingo and a number of what are known in the industry as ‘Specials’.

These specials are, actually, not that special at all any more. These days they’re pretty much the most commonly played games available:

Who Wants to Be a Millionaire Bingo

Based on the classic TV game show, Who Wants to Be a Millionaire Bingo is one of the most successful online bingo games in history, featuring an incredibly attractive progressive jackpot of £1,000,000 no less.

This jackpot can be won by all players playing the game, and while scooping such a massive jackpot isn’t the easiest task, it’s a great way to combine traditional bingo play with the thrills of online gambling.

Note: Not all Who Wants to Be a Millionaire games feature the progressive jackpot, so if you want to be in with a shot of winning this life changing chunk of change, ensure that you’re playing one of the jackpot versions.

Deal or No Deal Bingo

This is yet another of the world’s most popular online bingo games, and much like Who Wants to Be a Millionaire, progressive jackpots can be found accompanying many of the Deal or No Deal games; although the jackpot totals are nowhere near as hefty.

Available as 5 pence, 10 pence, 20 pence and 50 pence games, Deal or no Deal offers a vibrant, dynamic bingo experience with jackpots as high as £50,000, so there are still fantastic chances to win big.

Other bingo games available at LoveYourBingo include Rainbow Riches Bingo, which is of course based on the incredibly popular slot game of the same name from Barcrest; and Lucky Numbers Bingo. You can view a full schedule of the bingo games taking place from the ‘Schedule’ tab on the homepage. 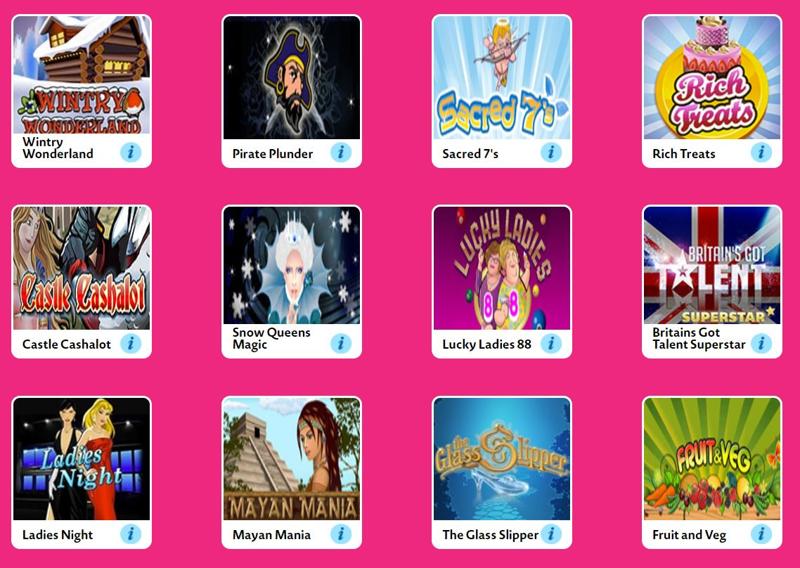 LoveYourBingo offer a pretty good selection of side games. These are basically Casino games like Roulette and Blackjack, along with Slots.

Unfortunately, you’ll only find Playtech games available, which may be a turn-off for players who are more accustomed to software providers such as NetEntertainment and Microgaming; but still, Playtech builds pretty high-quality games, and many of them have progressive jackpots attached, giving you the chance to win multi-million-pound jackpots from as little as 20 pence.

One of the biggest progressive jackpots currently available is the Jackpot Giant, which at the time of writing stands at a staggering £4 Million! With the minimum stake set at just 25p, you could literally become a multi-millionaire for less than you’d spend on a bar of chocolate.

Head to the ‘Casino’ tab on the LoveYourBingo site to view the full range of casino and slot games available to you.

There are also some Arcade games and Scratchcard games available, which allow you to play instant win games from as little as 25 pence.

LoveYourBingo’s loyalty scheme is delivered through a stellar VIP program, and while the website doesn’t showcase the VIP scheme prominently (it currently displays a Blog page instead of details on the VIP scheme), dig a little deeper and you will uncover the lucrative bonuses that VIP players receive.

Once recognized as a VIP (you’ll be invited to the VIP Club once you’ve passed the eligibility criteria, although these aren’t made public), you’ll benefit from a select range of promos and bonuses; from special deposit bonuses, free spins to use on the slot games, and cashback offers allowing you to enjoy up to 15% back on your losses.

While it’s pretty poor form for LoveYourBingo to withhold details of the scheme, rest assured that the scheme does exist; and if and when you meet the criteria to join, you’ll be contacted by one of the VIP hostesses.

Deposit and withdrawal methods at LoveYourBingo are relatively diverse. Of course, you’ll be able to fund and withdraw from your account using your debit card (all major UK cards are accepted), but you’ll also be able to use PayPal, Skrill, Neteller and Paysafecard.

Withdrawals take on average 3-5 days to be processed and hit your account, although occasionally it can be as quick as the next day. It all depends on your bank and payment provider, and the speeds at which they process the payments.

Hint: To speed up the withdrawal process, you’ll want to verify your account prior to making your first withdrawal. This usually consists of uploading your ID and proof of address as scans or PDF’s, which will enable the site to process your withdrawal a lot faster.