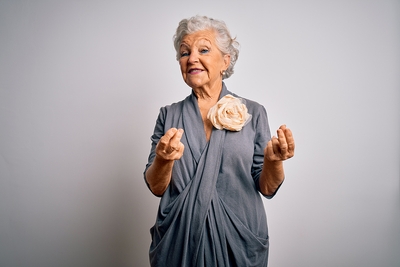 Sometimes in life, good things come to those who wait. Some of us take a little longer to achieve greatness, and this is exactly the case for these elderly lottery winners.

We’ve spoken in other articles about how people can be reckless with their money, and instead of letting their new found wealth work to improve their lives, they fritter it away and are quickly left with nothing.

We’ve also looked at how younger winners behave when they win the lottery. Most of the cases that we covered ended in them going broke, albeit having a good time in the process.

With older winners, they tend to be a little more conservative and level-headed. More money is typically given away to friends and family members, and the lavish lifestyles are eschewed for a more comfortable quiet existence. The reality is that as people retire, they’ve often been able to pay off things like houses, are settled, and have kids who are now grown up and no longer depend on their parents.

Below we have listed some of the oldest lottery winners in the UK, highlighting how they’ve gone about spending their fortunes. 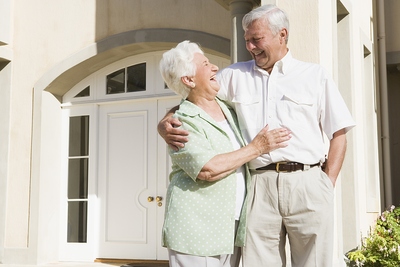 The oldest National Lottery winners in the UK are that of Dennis and Shirley Banfield who were able to land the £18 million jackpot back in February of 2018.

Like most people their age, the couple led a quiet life in Gloucestershire, with Mary a retired admin assistant and Denis a retired carpenter. The pair had played the lottery almost every week since it started and Shirley stated that Dennis never wanted to miss one in case he won.

But it wasn’t a case of wanting the high life, in fact, Dennis wanted to win so he could help out as many people as he could, both financially and by having the time to help them in person. As a result, the £18 million was split between the couple and their two daughters; £6million between Dennis and Shirley, and £6 million for each daughter.

What’s most remarkable about the win is that the couple vowed that it would change very little in their life, but it will help others from local charities and schools. The Banfield’s have lived in the same house for over 50 years and did state that they may swap it out for a nice bungalow. They also suggested that they would swap their current car, a Nissan Micra, for something a little more modern.

In the press conference after winning the money Dennis was the one who initially did all the talking, but he soon broke down as the emotions of winning the money and the realisation of the good that it can do started to overwhelm him. Shirley was able to pick up the reigns, stating that Dennis had been ill in hospital over the last 10 weeks, but said that someone had to go and put his lottery numbers on just in case he won.

The pair have since been proactive with donations in their community, helping causes that need investment. Their children have also vowed to help invest in charitable causes, stating that it’s what their parents would want from them. Although they did accept that a big family holiday was in order to celebrate.

Both Dennis and Shirley’s approach to the money has been humbling to say the least. They’ve been able to open doors for so many people in their lives as a result and whilst we often hear of money ruining people’s lives, the path that the pair have decided to take is almost certainly going to do more good than harm.

Older Lottery Winners from Around the World

In 2010, the oldest lottery winner in the world was announced as 97-year-old Nguyen Van Het. He was originally from Vietnam and won a solid £235,000. Given that he never came from money the sum was huge, and he gave a lot to charitable causes, although he did admit that a lot of people also came begging for money which depleted the funds somewhat.

His ticket cost him just £2.50 and with his winnings he initially bought food for his whole street. This is mainly because he, along with many others in his area, were getting financial assistance from the government as they were living under the poverty line. A noble gesture if ever there was one!

Unfortunately, Omer is now deceased, but in 1992 he was able to bag himself a massive $3.5 Million to become the biggest lottery winner in Missouri, and at the age of 85 he was also the oldest.

Gracie shot to fame in 1999 when she was part of a winning lottery syndicate in the UK. She was able to take home just over £1.3 million of the £5.4 million prize pool split between her and 3 of her friends.

Between them, they had a combined age of 405, but Gracie was the oldest at 87 with the youngest being 77 year old Winifred Davey.