Daub Gaming are one of the more interesting networks in the bingo sector right now. They probably aren’t as well-known as some of their rivals, but their games and the work they have done since opening their doors in 2008 has seen them make some rather notable strides.

What’s been impressive to see is that Daub Gaming are a company that are clearly keen to keep moving forward. They frequently adapt their network, more than most others, and game type in particular enjoys regular circulation. Some networks err on the side of caution when it comes to changing games, but Daub Gaming have been much more experimental, and as a result, everything constantly feels really fresh.

When researching the games that were on offer with Daub, we were quite surprised that there only a few bingo sites that used their software. These included Give Back Bingo, Bingo Extra, Lucky Pants Bingo and probably their most well-known, Kitty Bingo.

Each offer the full package from Daub, as we have outlined below. 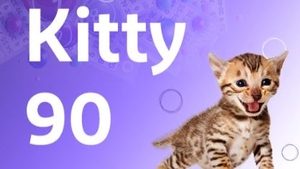 The 90-ball options are where the bulk of the games currently lie. This includes a good number of bonus games, but you also find a nice range of buy ins and jackpots on offer in this format as well.

The games include a number of free rooms, where you can play for jackpots of up to £100 at absolutely no cost to the player at all. The availability of these games will be based on your rank, which is earned and increases the more you play on the site.

The biggest games at Daub are also in the 90-ball section, with the After Dark, No Limits Daily and The Big Dabber, seeing the most action. You’ve also got the Win Back Wednesday game, which comes with a ticket price of 20p and is amongst the biggest games on the network. 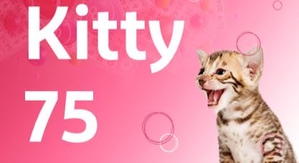 The 75-ball games have a number of variants and this is where the network likes to do the majority of their tinkering. It’s often in the 75-ball game format where there is the option to pick a range of shapes, letters, numbers or patterns when it comes to filling bingo cards. It’s not a major thing to be honest, it’s only visual, but it’s the small touches that can have the biggest positive impact in our opinion.

They keep their run of free games with the 75-ball variant as well, although jackpots for these are lower than the 90-ball games at just £50. The Weekly Shop room allows players to play for up to £100 in high street shopping vouchers, and the Pandora Mystery Box will see jackpots range usually between £50 and £100. 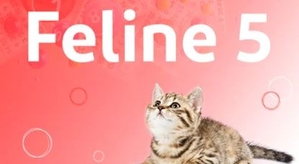 The 5-line games are the latest addition to the site and with these you are getting games that contain 25 numbers in total on a 5×5 grid. The games pay out with every line that you fill, plus you can also win on diagonal lines as well as horizontal lines.

The best thing about these games is that you can play for the biggest jackpots on the network. These come in the form of the £10,000 Slider. This is a 20p ticket game and tickets can be pre bought as well.

Speaking of pre buys, there are a number of games that allow this feature. The majority of these are jackpot games, but you can also pre buy for some of the free games, although tickets are limited for each of these.

The majority of the formats above can also be played with Daub’s turbo platform. This is where the games are called with 1-second intervals between each ball. As you can imagine, they come thick and fast, so the action is pretty relentless. If you are new to bingo then we’d recommend that you give these a miss until you get a grasp of how the regular games work, even though this shouldn’t take too long.

The side games section is powered by a number of game developers, including NetEnt, Novomatic, Microgaming and Dagacube. They’ve a really diverse range of games to choose from, and like so many bingo networks it’s the slots that make up the vast majority of the side games section.

The range includes over 300 slots in total and the majority are of the highest quality. Given that they have linked up with some big names to power their site, it means the games are about as good as you will find. We particularly enjoyed the likes of Magic and Myth, Robin of Sherwood, Gonzo’s Quest and Crystal Lotus – just a small example of the range on offer.

Daub Gaming have had an illustrious upbringing, even though their virtual doors have only been open since 2008. The original company was actually bought out by that of 888 Holdings, but they were reformed in 2012 and are now part of the Stride Gaming Group.

The Stride Gaming Group are the owners of Daub, but the company still runs independently. This is why you might see that Stride owned sites like Kitty Bingo, amongst others, run on the Daub Gaming network. The expansion of the company has been pretty huge over the last few years and they are continuing to add brands to their network, along with the sites that they own outright.

Their website states that they cuurently have a 25% share of the UK’s online bingo marketplace, with over 100 brands utilising their software in some way.