Dragonfish have quickly become one of the most exciting bingo networks in the industry. Their innovation and drive have been two key factors to their success, and working under the umbrella of the 888 Group they’ve been able to use all of their expertise to its fullest potential.

The network comes with over 300 games to choose from, which include both a strong range of bingo games and also plenty of side games. Their recent move to a HTML5 platform for the design of their site and games means that they all work flawlessly on mobile, and with mobile play increasing day on day this is one of the major reasons so many bingo sites are using their software.

Their games library is one of the best that you’re going to find and contains some of the most entertaining bingo games that we have tested. They don’t the biggest selection of bingo games, but they are all of the highest quality. 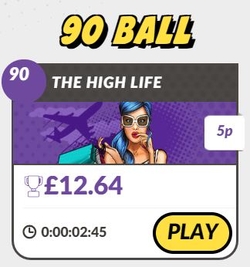 The staple game format for Dragonfish is that of 90-ball bingo, and this is also the most common bingo game in general. It’s a game most people feel comfortable with and Dragonfish do an excellent job in this department.

Even though it is a hugely popular format, we feel that this is still one of the main draws for people who regularly play on the network, and there is usually a new game starting every minute.

The games come with 90 balls, obviously, and the players are paid out for making a single line, double line and then a full house.

Ticket prices tend to be quite low on these games, usually around 5p, and prizes depend on how many people are paying.

The 75-ball game is a little more versatile than the 90-ball version, and works in a slightly different way. As the name would suggest, there are just 75 balls used with which to cover certain parts of the card. What you will find is that for each game the card create a certain shape when full. The shape is often a number.

There is often just a single prize with the 75-ball games, and this is triggered once you are able to cover the full shape – getting a full house essentially.

There are actually more 75-ball games than 90-ball games on the network, but the number of players are spread out more, which means games aren’t usually as big as the 90-ball option. 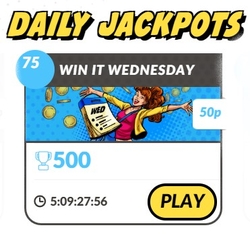 The daily jackpot games are another reason so many people are keen to join bingo rooms that are on the Dragonfish network. There is a jackpot game that runs every day (as the name would suggest) and you can access these games from any site using the network. This is one of the reasons why the games are so big.

Jackpots will range from £150 up to £50,000, which makes them some of the biggest in the entire industry. The cost to enter starts at just 5p per ticket, and the maximum per ticket is that of £1 for the bigger games. You will find that the bigger jackpots will run over the course of the weekend, so if these are what you want to play, this will be the best time to check in.

It’s worth noting that all jackpot games need to tickets to be pre-bought. This means that you need purchase them in advance, around one hour before the games start. The game types will range as well, including 90-ball, 75-ball and 5-lin bingo. 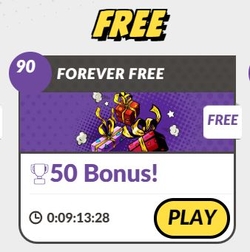 Free games run daily on site and are open to a range of different players. The free games room is broken down into three sections; The New Players Zone, Loyal Players Zone and the Free for All Zone.

Exactly when you joined and the amount you have played in that time denotes which zone you are going to be able to enter. The games run several times per day and jackpots can range from £20 up to £1,000 for the big games.

They also offer a wide range of physical prizes as well, such as mobile phones and tablets to boost the pot. 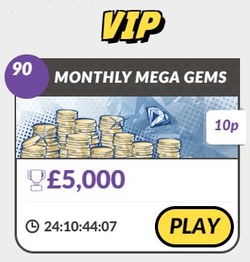 Dragonfish are keen to offer a VIP section on all of their sites. You will be entered into the VIP scheme that runs across each bingo room that is managed by Dragonfish, and how you progress is down to you and how often you play.

Some of these games can be very big though.

There aren’t actually any black and white terms explaining how to get in, which is common.

Our advice would be to contact the bingo site that you are playing on if you feel like the amount you play is more than most and you want access.

As we stated earlier, the side games section comes packed with over 300 games to choose from, which is one of the biggest that you will see on any bingo network. They are also able to get exclusive titles from the 888 games studio as part of their library, which is a really nice touch and is something not many other networks can provide.

Some of the standout titles that we have tested included Black Ice, Go Bananas, Money Matrix, Golden Wings, and The Alchemist. On top of these slots, they also include a really good range of table games, with roulette, blackjack, keno, video poker, Caribbean Poker and baccarat – just a handful of the games you can access.

Finally, one of the latest additions from Dragonfish is that of their live casino section, which can all be accessed from the comfort of your bingo game. These games include various roulette and blackjack variations, along with baccarat and Dragon Tiger. 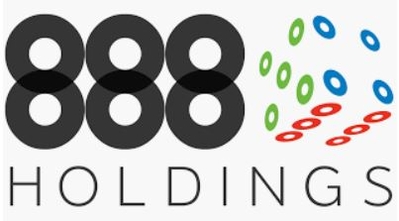 Dragonfish have been about since 2007, and since that time have made huge strides in both bingo and other sectors of the gambling industry. It was their work within the bingo sector that really made people sit up and listen though, and eventually they caught the eye of 888 Holdings.

Dragonfish now work as part of the 888 Group, but we are keen to stress that they are still basically run as their own company, with all of the benefits that the increased financial backing that a company like 888 is able to bring to the table.

The network is also able to offer a series of white label solutions for bingo rooms as well. This is why you see a mixture of brands that are run by Dragonfish themselves, and brands that simply take their software and add their own branding, running just the day-to-day tasks such as banking and customer service themselves.

Whilst Dragonfish are very much a part of the 888 Group, officially they are owned by a company called Cassava Enterprises. Confusingly Cassava are also owned by 888 Holdings, but their role is more of a financial overseer than anything else. This is why if you’ve played on a bingo site that uses Dragonfish for payment processing, your statement will likely read Cassava, and not the bingo room or Dragonfish. We’ve a full article that goes into detail on how this all works if you want to find out more.

The next few years are likely going to be very exciting for Dragonfish. The number of bingo rooms that are using them is continuing to grow and the games that they are able to offer continue to improve. They’re easily one of the biggest and best bingo networks in operation right now, and we fully expect this trend to continue over the coming years.