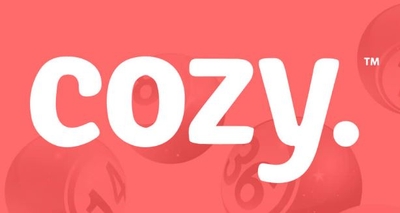 If you’re going to talk about the biggest bingo networks then you have to include companies like Cozy Games in that conversation. They’ve been about since 2005, and whilst they aren’t quite as big these days as they once were (more on that later in the article) they are still able to boast a wide range of bingo brands all using their software.

One of the reasons as to why they’ve been so successful is that their network is the most accessible in the industry. They not only develop and run bingo games on their network, but also provide some of the most affordable white label solutions there are. At their peak, Cozy had hundreds of brands all using their network, and whilst these numbers are lower than they used to be, they are still one of the best networks that we have tested.

The games on offer are one of the key reasons why the company have enjoyed so much success. It’s about as broad a range as you will find and they are keen to make sure that they are constantly refreshed, providing new games on a regular basis. 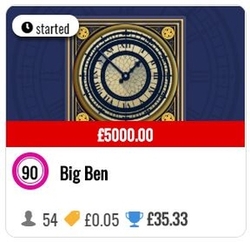 The 90-ball games are some of the most popular on the network and given that this one of the most popular bingo formats full stop it comes as little surprise. The game is pretty straightforward: you are playing with 90 balls and have 3 lines worth of numbers that you need to clear, with prizes given for line 1, line 2, and then a full house.

The 90-ball format is home to many of the bigger jackpot games. One of the most prestigious on the network is that of the 10K Sliding Jackpot. This game runs just once a week and you can pre-buy tickets at a cost of 50p per ticket. There’s £10k up top for the winner, but they do state that if the jackpot is not won then a minimum of £2,500 will be paid out regardless. 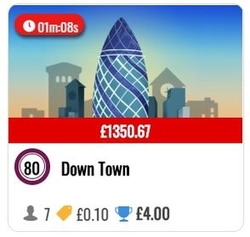 The 80-ball game is something of a unicorn in the bingo industry these days, but we think they are some of the best games going. Your card will be laid out in a 4×4 grid and then from that you need to chalk off four numbers that run either horizontally, diagonally or vertically for a line 1 win. You then move to the four corners and the middle square, before two lines and then three lines. The games are won with a full house when all 16 numbers have been cleared from the card.

It sounds like a lot needs to happen with these games, but in reality, given there are only 16 numbers on each card, the games move along quicker than it may sound. It’s a bit of a mystery as to why more bingo networks don’t offer these types of games to be honest.

The games that Cozy offer are fairly basic, with many around 10p per ticket and a relatively small jackpot based on the number of players for each game. However, some of the games will work towards the progressive jackpot that runs across the network, and that can get pretty big when it’s not been won for a while. 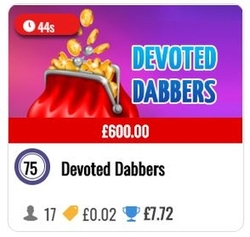 The 75-ball games are pretty common these days and come in all shapes and sizes.

Cozy offer a wide range of 75-ball games and it looks as if each brand that uses the network is able to customise the games to create certain shapes or patterns, as you rarely see the same one twice. Either that, or there is a ridiculously wide range to choose from.

These games differ from most because you need to clear the numbers to create a certain shape or pattern in orser to win the game. They are often numbers on Cozy, but you can also get letters, shapes, and animals as well. 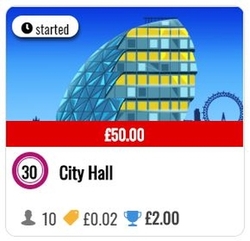 You would have to say that the 30-ball game is another “unicorn” of the bingo industry, with so few networks offering them. The games come thick and fast using the 30-ball format, with just 9 numbers in total on a 3×3 grid.

The number of games that are included on the 30-ball variant with Cozy are slim, but at least they have some which is better than most. They’re good for those players who are looking to get in and out quickly but still cover a fair few rounds of gameplay.

They are super-easy to follow, and because they churn through games so quickly they are also good when you don’t have much time, like on a short bus ride or a 15 minute break.

The range of side games on offer at Cozy is one of the biggest that you are going to come across with any bingo platform. They have over 500 slot titles in total and work with the likes of Microgaming and NetEnt, to name just a couple.

The range of games would not look out of place in a standalone online casino to be honest, let alone an online bingo site. What’s really nice is that you get access to a huge range of jackpot games as well, running as progressives over their respected casino network.

The more traditional side games are equally impressive with over 60 options covering pretty much anything and everything, such as blackjack, roulette, video poker, Pai Gow, Keno, Craps, baccarat and so many more. 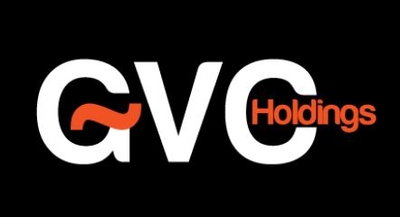 The company first opened their doors back in 2005, and whilst all companies set out goals and aspirations for their work, few would have predicted the meteoric rise that Cozy has seen.

The main reason behind this, as we touched upon earlier in the article, is that they are one of the most affordable white label companies in the bingo sector. This has allowed start-up companies to buy into the network and take on a great range of games to call it their own on a budget.

This caught the attention of some of the biggest gambling companies in the world, and eventually Cozy were bought out by GVC Holdings, who own the likes of Ladbrokes Coral, amongst others.

It was slightly more convoluted than that though because the official purchase was made by ElectraWorks Limited, who are also owned by GVC. The acquisition in 2017 was one that went completely under the radar. In fact, if you actively search for news on the takeover, there is very little to be found.

Cozy used to be really well known for having hundreds of companies using their software. The purchase by GVC has changed that though, as one of things they were keen to do when they took over was to trim the fat somewhat. They closed over 50 bingo sites and redirected them to other, larger bingo rooms on the network. We’ve written a dedicated article about this and why we think they did it that you can read here.