When we talk about networks within the online gaming sector, there are few companies that are bigger or better than that of Microgaming. They have been around longer than most and have developed hundreds upon hundreds of slots and table games. However, we must admit that when it comes to bingo, this is probably the sector where the company are least impressive.

Whilst they are still most definitely a force within the online bingo world, they are easily overshadowed by several other platforms in terms of depth and variety.

Nevertheless, the company still demand a certain amount of attention, and the quality of games that they offer coupled with the resources that they are able to plough into their work is rivalled by few.

As you would expect from a company like Microgaming, they are able to offer a good range of games to choose from. We won’t go as far as to say they are up there with the best but they include more games than most. We can’t help but feel they could do much more if they wanted to though.

What’s interesting about Microgaming and the way they approach their games is that each of their rooms is linked with a game type. There are 5 rooms in total:

Not all networks create bingo rooms in this way and we think that this works as nice addition to their other products given that there aren’t too many to choose from and they all offer something a little different. 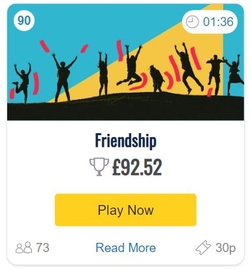 The 90-ball game is one of the favourites at Microgaming and it works in a pretty standard way.

You have 3 rows and then numbers within brackets in each of those rows. Payouts will be made on winning single lines, 2 lines, and of course, a full house.

The Friendship Lounge is the one that is linked to these 90-ball games and the room is open 24 hours with games taking place around the clock and starting ever five minutes.

There are 5 free games that run daily in this room, and the full house prize for each game is a guaranteed minimum of £25. 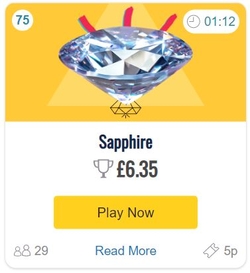 The 75-ball games are where Microgaming start to get a lot more creative with what they are able to offer. The range of these games include:

They are each fairly self-explanatory, but all it means is that the shapes that you need to create with your numbers will differ for each game. You get a chance to fill in shapes like “BINGO” for some games, others might be of animals, others could be numbers, and so on.

These games include 75-balls each of them and the majority pay out only when then full letter or shape has been completed. This means they offer fewer chances to win compared to 90-ball games, but they pay out more money when you do win.

The Sapphire room is the home of 75-ball games and their variants. Games are a little more spread out here than in the main Friendship Lounge, starting every 5 minutes, but tickets start from just 5p a go and there are Cashblitz games that run every 10 minutes with added money attached, making them quite lucrative. 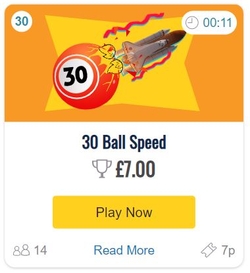 Speed bingo actually has its own room, but the name is a bit of a giveaway in terms of what these games are like. They are more or less your standard bingo games but they are played using just 30 balls. This means the way in which you can win is a little different too – it’s a full house or nothing here.

Not only do they run every 2 minutes, they also churn through each game much faster than you might be used to.

These games aren’t for everyone though and there might be some of you who think the standard pace is just fine, especially if you are making the transition from live bingo play. But, if you’re in for a quick fix or pushed for time and want to get plenty of rounds in, then the Speed Bingo room is the one to check out.

As the name would suggest, the Newbie Room is designed for those that are new to the game of bingo. You get exclusive access to this room for 5 days when you sign up and this allows new players to easily break themselves in and learn how the games and each bingo room works.

The rooms include a wide range of free games and others that start as low as 1p, so you don’t need to spend big to have a good look around.

Prizes in the free games will vary from small cash prizes to that of free tickets to bigger games and casino spins. They aren’t designed to change your life finically, just give you a quick look around to see how things work.

The Rainbow Room is only open from 6pm to midnight each day, and includes a range of 75-ball variants. This room is designed to be a “friendly chat” area and they promote this by having their chat hosts offer a range of prizes in the chat box, encouraging interaction between the players.

The side games section is probably where Microgaming excel over any bingo network in the industry right now. If you’re familiar with their online casino then you will know that they offer the biggest range of casino games out there, and you will be pleased to hear that the trend continues with bingo side games.

There are well over 400 games to choose from overall, with the majority coming in the form of 5-reel and 3-reel slots. The games include some of their most iconic titles, including Immortal Romance, Gold Factory, Thunderstruck, Bust the Bank, and Golden Princess. Plus, you get access to their staggering range of jackpot games such as Mega Moolah and Major Millions, two of the biggest jackpot games in the world.

The collection also includes a great range of table games, such as roulette, blackjack, craps, baccarat, sic bo, keno, and red dog, amongst others. The latest addition has been that of their live casino, making them one of the first bingo networks to offer this as part of their side game package. 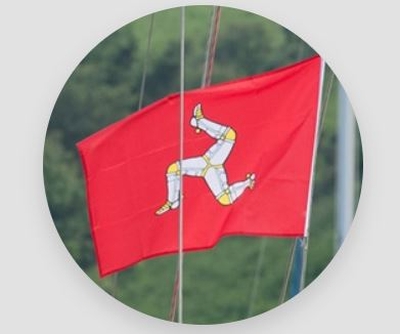 Formed in 1994 and based on the Isle of Man, the Microgaming brand has continued to steadily rise over the last 25+ years to become one of the most notable in the industry. It is a credit to them that even though they are a bingo network, they are well known by a lot of non-bingo players, which is very rare in this industry.

Online casino and online poker makes up much of Microgaming’s history. They were one of the to launch an online poker network and quickly grew to be the biggest in that area of the industry. They were also the first to open a mobile casino, which was released way back in 2004.

They deal in a pretty much all sectors of the gambling industry these days and this is the reason they are able to boast tens of millions each year in revenue. They’ve paid out over €1 Billion in jackpot money alone and have multiple world records for largest single payouts, including a gargantuan €17 Million jackpot to one player from just a 25p spin.

Microgaming have also been at the forefront of fair and safe gaming initiatives within the industry. They are obviously licenced by the UK Gambling Commission, but are also one of the founding members of eCOGRA, who are another governing body promoting fair standards as well as responsible gambling.

The company, based in the Isle of Man, show no signs of slowing down. Not only are they pushing the boundaries within the gaming sector, their bingo portfolio is growing, along with the number of companies that are now on their network. They are already a powerhouse within the gambling sector in general, but they are one of the most exciting companies to watch out for over the next few years for online bingo.